PM Narendra Modi Biopic Reviews: Critics Call it Hagiography, and how film can be used as propaganda in a major elections.

If you are fun of politics, leadership and propaganda, then you will definitely like the Narendra Modi Biopic in the name of PM. Narendra Modi.

Known as the worlds largest democracy, India was facing a critical decision making point in the path to their political future. In India, Prime Minister Narendra Modi easily secured a second term, shrugging off a challenge from the Congress Party, which attempted to paint him as a threat to India’s secular pluralism, as voters responded to Modi’s Bharatiya Janata Party (BJP) doubling-down on Hindu nationalism and anti-Muslim rhetoric.

The 2019 Indian general election was held in seven phases from 11 April to 19 May 2019 to constitute the 17th Lok Sabha the National Assembly. The counting of votes took place on 23 May, and on the same day the results were declared. About 900 million people were eligible to vote and turnout was over 67 per cent – the highest ever as well as the highest participation by women voters.

What has the movie got to the elections, why is it important? This is the first time a popular film was to be showcased just prior to what is termed as the worlds largest election in favour of the incumbent. The biopic was slammed as propaganda ahead of India’s mega elections

Critics have said the film PM Narendra Modi , presents a flattering view of the prime minister, was an attempt to woo voters ahead of the almost six-week election. the biopic which has Vivek Oberoi playing the titular role, saw its release stalled after the Election Commission placed a ban on it in order to follow model code of conduct. The EC said that the film couldn’t be released till May 19, the last phase of the Lok Sabha Elections 2019. The makers then shifted the release date to May 24, a day after the results were counted. What a way to sway votes and still create a magnanimous figure
The film which relates the leader’s childhood days selling tea to becoming chief minister of Gujarat, and leading the Bharatiya Janata Party to victory against the Congress in 2014 elections has also been panned by critics, who have called it practical deification of the recently inaugurated PM.

As a 3rd world country and an emerging economy, this path is a sure way to see what will follow in the coming elections in Africa and many south east Asia countries in the years to come. Like the critics have put it, why make a campaign so expensive yet you can hire Bollywood to campaign on your behalf.

The biopic has been at the heart of a controversy ever since it was announced, as it was called a brazen propaganda film. To the supporters of the BJP and the film, many are of the opinion that Modi’s landslide victory in the general elections will work in favor of the biopic at the box-office. Some reports said that interest in the film increased as a direct result of the BJP’s miraculous win across the country. While we await the movie’s box office fate, critics have already passed their verdict on the film.

Most reviewers criticized the Omung Kumar directorial as a hagiography, saying that the PM has been deified in the film. Calling the film a victory parade, Scroll.in said, “Any insights the movie offers into Modi’s rise are inadvertent. The monomaniacal focus on one man above all else will surely be of interest to those who study how cinema can be used for propaganda.”

But imagine if you are the creators of such a film, will you need to market it any further with such widespread criticism and media attention already? This is a case of smart campaign, smart timing and a wonderful story. 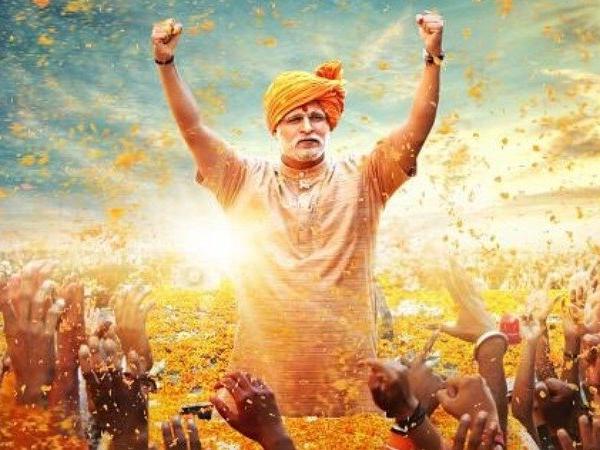 Release date: The film was initially scheduled on April 5 but later got pushed to April 11. Just a day before the release, the Election Commission of India ordered the makers of the film to stall the film release and the film again got a new release date.

The film #PMNarendraModi was finally released in cinemas from 24th May.

Trailer: The first trailer of the movie was released two months ago while the second trailer was out just three day before the final release date.

Box office prediction: The film has already generated immense publicity due to various controversy and its starcast, but the film may be overlooked as a propaganda piece.

There are no comments